Emergence is a hallmark of complex adaptive systems but is also one of those concepts that is difficult to conceptualise. Emergence challenges the much-enshrined notion of cause-and-effect relationships, the modus that underpins the reductionist mode of science.

Reductionism is the question: can you, in principle, completely explain what happens at the higher levels in terms of what’s happening at the lower levels? Well my answer is absolutely not. (George Ellis)

However biological phenomena are rarely if ever explainable by cause-and-effect mechanisms. There is a large degree of variability within species, their behaviours in the same environment, or the responses to the treatment of a particular disease. The question that arises is: “How can these differences be explained?” if they are not sufficiently explainable by the reductionist model? 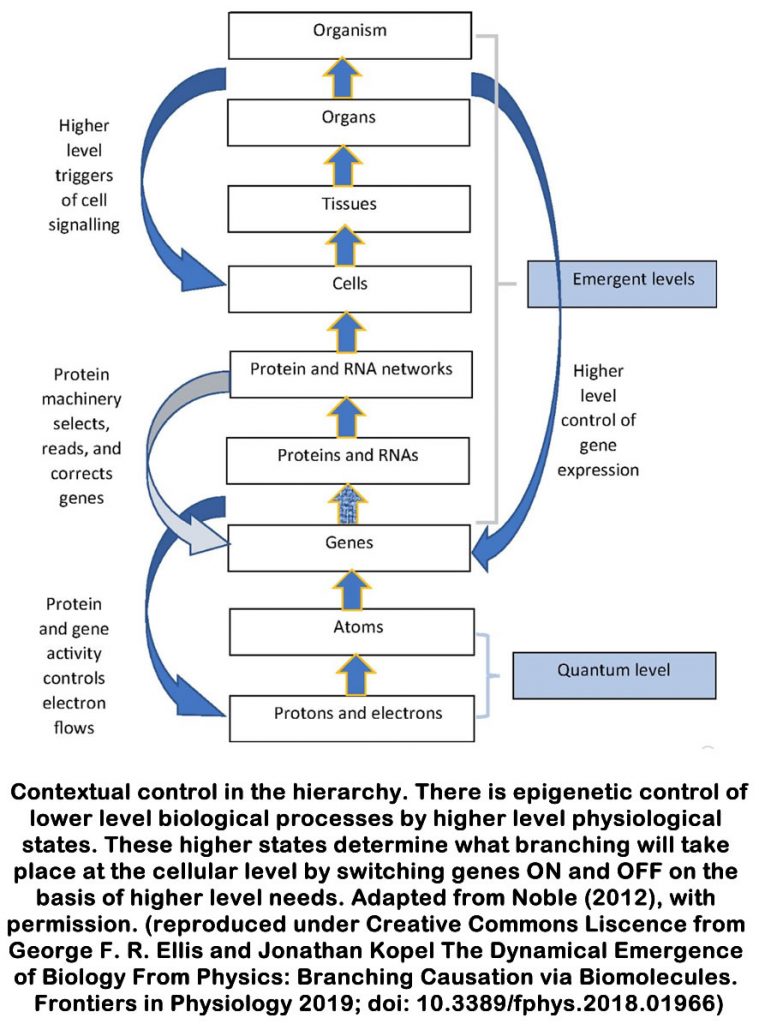 Hence – emergence is not a random phenomenon despite one being unable to predict the outcome of the emergent process based on the knowledge of the structure and function of its constituent components.

Emergence occurs when one puts simple things together that create more complicated things that have behaviours entirely different from its simple components. Emergent behaviours thus are always only present at higher levels of structures – while humans at the low level are made out of atoms, of protons, neutrons, electrons, at the higher levels of the body or the mind, they are completely different from its lower level constituents.

I believe that as complexity arises, higher level rules come into being which were not implied by the lower level. Just as a very, very simple example. Physics talks about interaction between particles, forces, electromagnetic and strong and weakened direction. A little bit up, you get bacteria and amebae where the rules that come in there are Darwinian selection.

Physics says nothing about Darwinian selection. A new principle has come into being.